Get the lawn you've always wanted... keep it safe enough for your kids to play on!

Our motto is "Making lawn care safer than doing it yourself, one lawn at a time." We understand the importance of protecting the environment and to leave a safe, clean planet for generations to come.

With Simply Safer Premium Lawn Care you can be sure that all of our programs are designed to be family safe. That means that it is safe not only for adults, but also for children and pets who are more likely to come in close contact with the soil. We are very selective with the products we use and we take the safety of our clients, their families, and our service staff seriously.

To find out more about the safety of our programs, please contact us. We'll be more than happy to share with you all the details that go into a Simply Safer Premium Lawn Care Program.

Diseases caused by insects have always been part of our environment, but we had for the most part controlled these diseases through various controls. Over the last few years some new diseases have become a threat to our health. Namely, Lyme Disease and West Nile Virus. Both of these diseases pose serious health risk to you, your family, and furry pets.

West Nile virus is a mosquito-borne infection that can cause encephalitis (inflammation of brain tissue) and/or meningitis (swelling of the tissue that encloses the brain and spinal cord). It was native to parts of the Old World, but West Nile Virus was detected in North America in the summer of 1999, in New York City, NY. A dead crow at the Bronx Zoo was one of the first harbingers of what was to come. Within three months, West Nile Virus had spread to Connecticut and New Jersey, leaving tens of thousands of dead birds in its wake. Over the subsequent five and a half years, it has continued to spread across the country and by the end of 2004 had been detected in 48 U.S. states, the District of Columbia, and seven Canadian provinces. 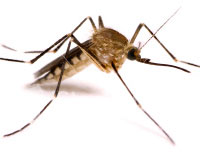 By far, the absolute best thing you can do to reduce the presence of West Nile virus is to limit mosquito breeding - get rid of places for females to lay eggs. This is one of the few things that you can actually do that will really make a difference.

Different species of mosquitos have different feeding preferences - some prefer to bite birds, some prefer to bite mammals, and others prefer animals of other kinds. West Nile Virus is primarily a bird pathogen and is transmitted among certain birds by mosquitos. Problems for people occur when a mosquito that has bitten a bird infected with the virus then bites a human. It is the secondary bite that transmits the disease to humans. We have a mosquito control program that can dramatically reduce the mosquito population around your property. 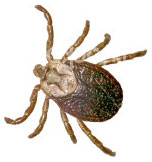 Lyme disease is caused by the bacteria (spirochete) Borrelia Burgdorferi. This bacterium was discovered in 1982 near Lyme Connecticut (thus its popular name), although the clinical disease was first described as early as 1977.

Infection occurs after the bite from an infected tick. The incubation period is approximately 14 days. Symptoms include a large circular red rash at the bite site (50-60% of cases), malaise, fever, headache, muscle aches and swollen lymph nodes. If untreated may progress to arthritis and compromise heart function.

If you have children or pets that play in your yard you must take this threat seriously. Take steps to reduce the tic population in your area. During tick season check yourself, your children, and pets for ticks that may have attached themselves.

Save 15% OFF
Aeration &
Overseeding

New customers only. Cannot be combined with other offers.